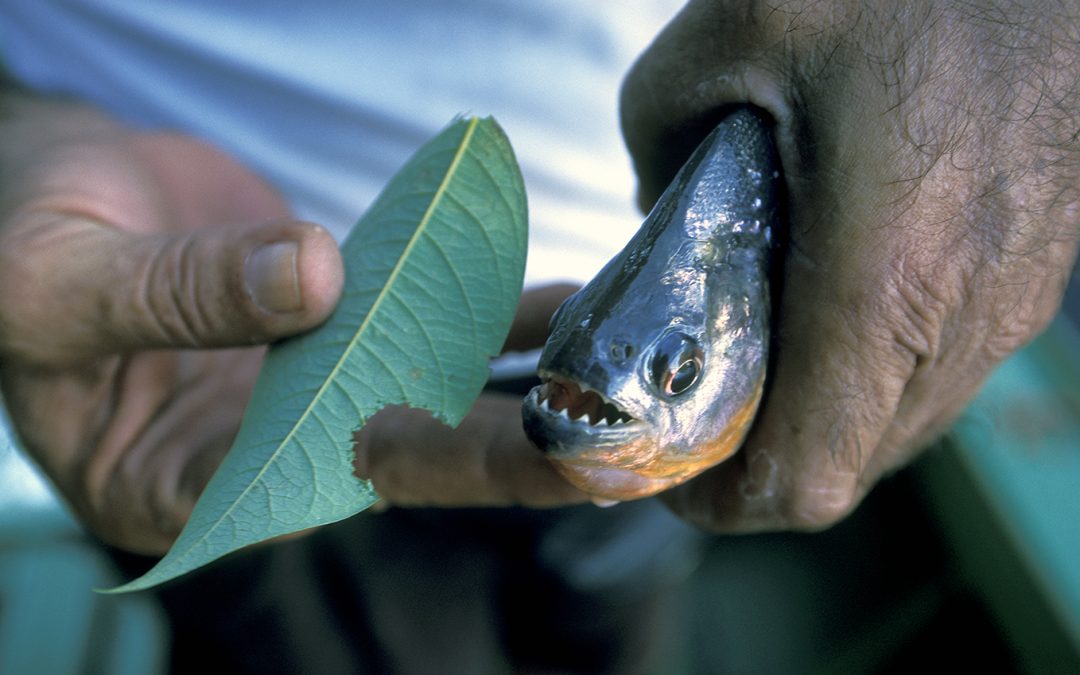 “First I will show you how it bites a leaf” said my guide who calls himself George of the Jungle, “then it’s your turn to hold”. We were in a very, tippy canoe in the Rio Negro, in Brazil’s Amazon Forest. We had caught the piranha fishing with horse meat on strings attached to sticks from the forest. I’d missed a few as they’d eaten the meat off my hook before I could get them onto the canoe. I was ill prepared for what I was about to experience. The piranhas dorsal fin was sharp and its body was way stronger than I anticipated. It twisted in my hand and I dropped it in the canoe which was the worst thing I could have done. We were both in flip flops and did our best to avoid it biting our toes, but at the same time didn’t want to move too much as tipping the canoe would have dunked us into a river teaming with piranha. Thankfully George was able to recapture the little beast and save the day. The Amazon is one of the most magnificent places I have visited. The silence of the day and the cacophony of noises at night are stunning. Seeing the creatures that exist there in their habitat is as amazing as it can be unnerving for those of us with snake and spider and crocodile phobias. But most amazing was a jungle walk when George cut into a tree trunk and suggested I taste the sap. It was like a medicinal wintergreen. Many medicines come from the Amazon Forest and the potential for more is also vast. It’s an environment we don’t want to see disappear for short term gain.